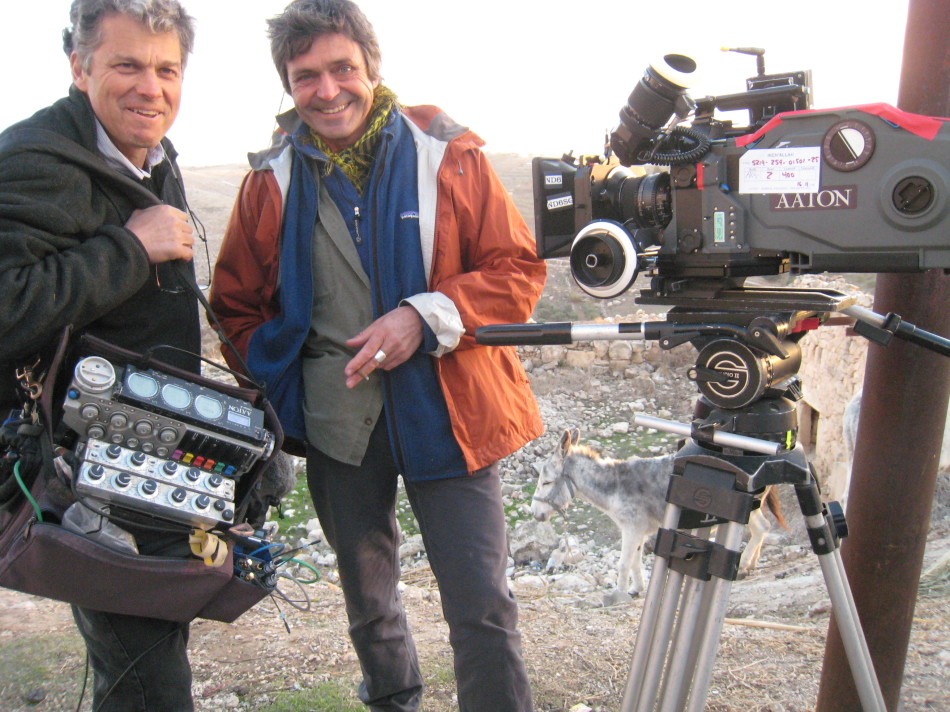 Shooting mainly in Jordan, Barbeau-Lavalette and cinematographer Philippe Lavalette (the director’s father) create an immersive experience. Amid the chaos and anxiety and the terrorist-sweep crackdowns, there are also unexpected moments of beauty, such as an outdoor performance of exquisitely mournful music.

THE MOVEABLE FEST By Stephen Saito

There’s an extraordinary tracking shot during the climax of “Inch’Allah” that’s worth the price of admission, a scene that shouldn’t be spoiled here but involves a woman running towards the camera that has all the urgency and technical efficiency to make it truly breathtaking….

…Grim, intelligent and vividly photographed by the director’s father, Philippe Lavalette, “Inch’Allah” works best when the camera alights on Ava and Rand, whose marvelously mobile faces convey all the complexity that Chloe lacks. However beautiful, a blank slate is, finally, just that.

There is something transcendent, even magisterial, in the technique that lies at the center of this picture — Barbeau-Lavalette’s ability to gently guide us down a path of shifting perception and emotion along with her central character. We’ve all been inundated with the atrocities, crimes against humanity, and endless cycles of bloodshed in the Middle East — overcome to the point of almost complete collective anesthetization. It takes a very special film to force us to see the cataclysm in a new light, yet Inch’Allah does exactly that. Barbeau-Lavalette has created more than a conventional drama; though the movie’s surface seems low-key and restrained, beneath it lies an unmistakable scream of anguish, of rage, of horror, that violently rips through one’s preconditioned responses toward the Middle East and calls with utter sanity and clarity for an end to the madness now plaguing Earth’s most beleaguered region. As such, this beautifully and cunningly crafted motion picture is long overdue.