“Les Loups” is the first great Quebec film of 2015

The dark unforgiving waters of the Atlantic Ocean and the mouth of the St. Lawrence river provide the backdrop to Les Loups, a beautifully crafted melodrama. Set in a small island Quebec town during the spring thaw, a stranger arrives during the height of the controversial seal hunts. Vibrant and mysterious, many suspect that Elie, the young woman from Montreal, is not who she says and is likely a reporter or an activist bent on portraying the townsfolk in a bad light.

Like many great melodramas, Les Loups situates its conflict between seemingly opposing forces. Whether through gender, environment or values, the characters clash based on extremes. The nature of this excess though, allows for some beautiful intimacy and some powerful emotions. The sweeping nature of the narrative held up by the unforgiving, yet undeniably beautiful, romantic setting. The evocation of the sublime works wonders in this context, suggesting powerfully the conflicting economic forces that drive the town, as well as reinforcing the scope of the characters’ pain. The pounding of the ocean water against the shore, and the crackling of huge sheets of ice contribute entirely to the film’s unforgiving and survivalist mood. 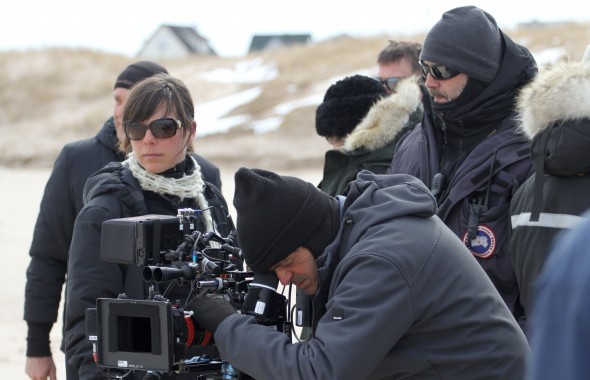 This may not be Sophie Deraspe’s first film, but it will likely be her breakthrough. The film hinges on the power of editing, relying heavily on the concept of the third meaning, which is the result of cutting juxtaposing images in order to create a third idea. While at its heart, the film excels largely due to some strong writing, what elevates the film is Deraspe’s confidence in the audio-visual image. Dialogue and narrative are not only supported by the image, but enriched by it. The careful balance between subjective and omnipresent perspective, create a remarkably crafted point of view, allowing the audience to become emotionally involved while also maintaining an analytical distance. 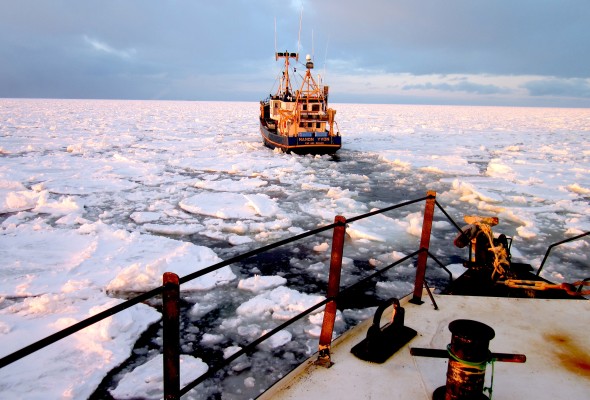 Les Loups’ take on politics is one based on survival. It does not attempt to pontificate on either side of the equation, and as a result comes across as well-reasoned and even poetic. The film does not shy from the brutality of the seal-hunt, and perhaps more squeamish viewers might struggle with some of the images. However, to ignore the reality of their violence would be as dishonest to the men and women who survive off it, as it would be the activists who oppose it. The virtue of finding commonality through opposition becomes a driving force of the film, and a representation of the pained struggle we all face to get along. There is a strong aspect of community in the film, but it is one wrought by pain and underlying conflict.

Above all else, the film strives on the strength of the film’s performances. The film’s best sequences evoke the strength and discomfort of Cassevetes, as they strive on unpredictability and spontaneity. While there is certainly a lot of tension at work, there are equal measures of warmth as well. Many of the characters carry heavy burdens but the weight of their guilt inspires as much love as it does hatred. The encroaching fear that many of the townspeople feel towards the outside world is justified within the film and is never used as an excuse to fetishize or debase their experience. 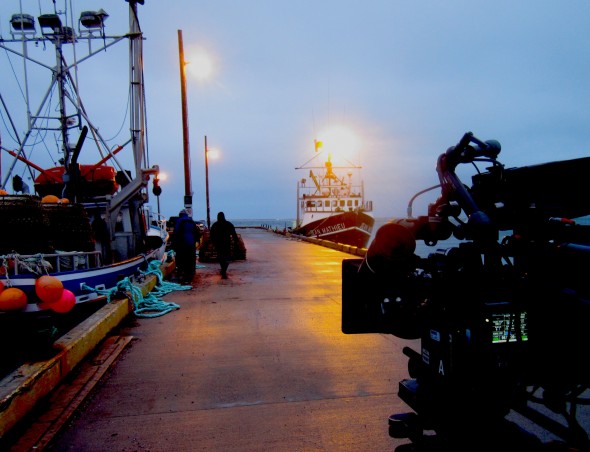 While overall a very impressive and engrossing experience, Les Loups does have its flaws. Perhaps the most telling is the rather abrupt ending, which feels somewhat underdeveloped in the grander scheme of the film. Overall though, the film is a beautiful portrait of a locale. Beautifully crafted, the film also relies heavily on the power of the actors’ faces and gestures. The greatness of the performances lies in moments of repose or reaction. In many ways, the entire film rests in the in-between, with life itself treated as transitionary. If Les Loups is any indication of the caliber of Quebec cinema to come in 2015, it looks like audiences will be in store for another strong year.