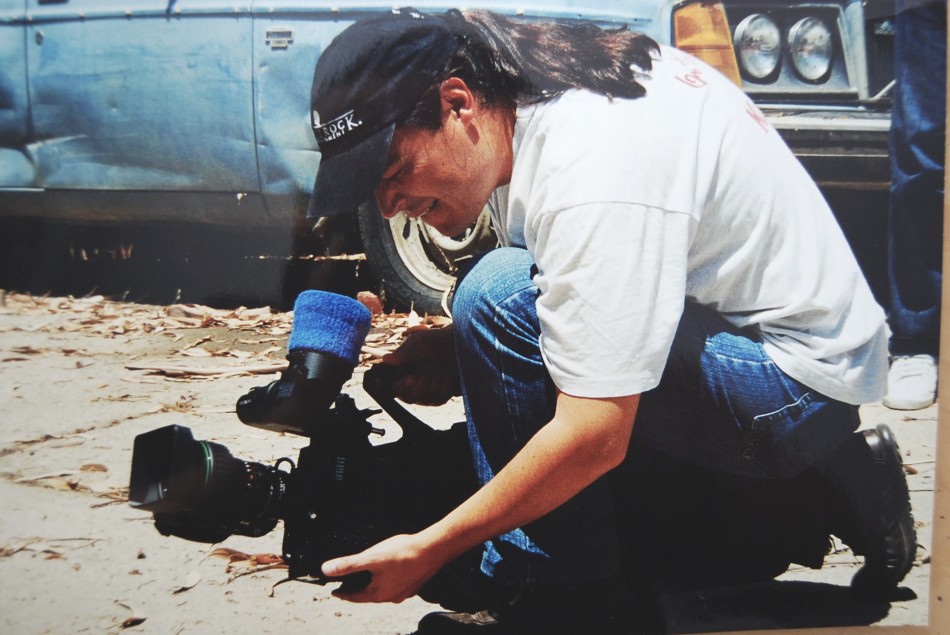 Associate CSC member Yorgos Giannelis gsc is a Greek director of photography who worked extensively in Europe with some of the most acclaimed filmmakers and DOPs as first AC before becoming a cinematographer himself. He now lives in Montreal, a city he first visited when one of his last features, Fish ‘n Chips, screened at the World Film Festival last year. During the festival, he talked with Philippe Lavalette csc about his journey into cinematography.

Philippe Lavalette: You seem to like being in different countries and cultural milieus.

Yorgos Giannelis: It’s really about encounters and opportunities. There are no real film schools in my country, Greece. So in 1988, I took the leap of faith and went to study at INSAS in Brussels, where I then lived for several years. Being a first assistant allowed me to get to know some directors of photography, who really inspired me in my work.

YG: I first met Charlie Van Damme AFC in Paris in 1995. He was a professor in Brussels and at FEMIS. After my studies, it was just a natural extension.  Charlie Van Damme uses lights and shadows like an old-school master, kind of in the tradition of [Henri] Alekan who was also very cultured and kind. He is a warm and humorous man. I shot Caroline Bottaro’s La mère with him, and Francis Girod’s Passage à l’acte. He belonged to what one could call the school of quality film, and was disconcerted by the New Wave. It requires time and a lot of big sources of light, but it’s fascinating.

After Charlie, I started shooting with Yorgos Arvanitis AFC, a Greek DOP living in Paris. It was with him that I worked the most as an assistant, and I consider him my mentor. He shot a lot during the ‘60s, before the age of television in Greece. Then with his collaboration with Theo Angelopoulos – a legendary director, a sort of Mediterranean [Andrei] Tarkowski – he was catapulted onto the world stage.

During this time I had a completely fortuitous meeting with Slawomir Idziak PSC, the DOP, among other things, for Krzysztof Kieslowski. I say fortuitous because Idziak was prepping for a film in London and had rejected all the assistants that the production offered him. When I finally had the chance to meet him, he chose me within minutes. I later realized that I was the first assistant whose English he understood! All the others, true Brits, were much harder to understand. So I ended up being his assistant on some of his big films: Michael Winterbottom’s I Want You; John Duiganet’s Paranoid; and Taylor Hackford’s Proof of Life.

Idziak is a former photographer. He constructed home-made filters and never went anywhere without an array of 250 4×4 glass filters which he classifies in an idiosyncratic manner. It’s mainly degraded filters in unusual shapes and colours. There are circles, triangles, outlines of faces in close-up, and lines that could symbolize the human form.

In a way, he was reproducing what he would do in a darkroom by covering up part of the image with his hand. It’s a headache for an AC. He could put up to four in there, and his filters could also be rotating during the shot. The result is a strange effect that can be seen, for example, in “Thou Shalt Not Kill,” one of the episodes of Kieslowski’s Decalogue.

PL: And over the course of shooting The Decalogue, Kieslowski used different DOPs because their creative contribution was stimulating for him and was part of his own research. What Idziak did is now possible in postproduction, isn’t it?

YG: In theory, yes, but not in reality because those happy accidents cannot be reproduced. For example, if a face more or less fits over a dark circle drawn on a filter, the image can go in and out of the circle depending on the acting, and this non-controlled movement becomes fascinating.

PL: You worked with Charlie Van Damme, Slawomir Idziak, and Yorgos Arvanitis – what came next?

YG: I realized it was time for me to become a DOP myself! That’s what I’ve been doing for about 10 years, based in Athens where I shot several features, including Fish n’ Chips. 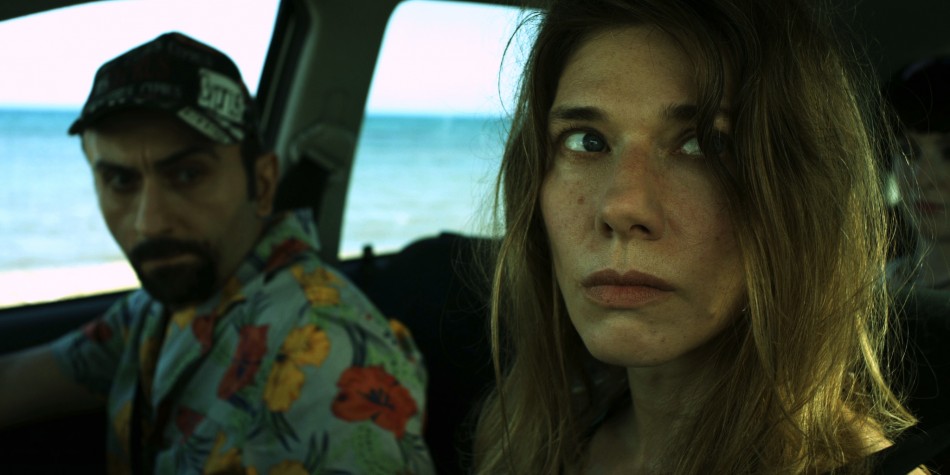 This interview is extracted from an article originally published in Qui fait Quoi magazine.

On his career in Greece:

I did a lot of TV series, documentaries and feature films. I really enjoyed working with director Christos Georgiou in Small Crime. This film was the last I shot in 35mm and colour graded in the traditional way at ARRI/Swartz films in Switzerland. Another film that I shot was 45m2 directed by Stratos Tzitzis. We shot it in Super 16 with 150,000 euros – a low budget even for a Canadian documentary.

Fish ‘n Chips was also one of my favourite works. It was shot in six weeks in Cyprus and London with a RED One camera. The budget was about 450,000 euros, but we did it with half the cost because the Greek Film Centre didn’t give us the promised funds, so we produced the movie with money from the Cypriot Film Centre.

In Greece, we have a well-equipped lab, and the facility to rent material both film and digital. Nevertheless, Greek cinema is anaemic and the little production we have exists only by coproduction. The financial limitations therefore become the means for us to turn more inventive and creative during shooting.  For example, on 45m2, we might have only had 48 cans of film, so we’d do lots of rehearsals and a couple of takes.  The maximum light we had was a 575 HMI. Since Greece is a very sunny country, I used many reflectors to compensate the lack of artificial lighting. This is like an everyday thing for me.

On how the Greek financial crisis has affected the film industry:

In Greece, there was a phenomenon in 1990s where many private TV stations opened. Each channel produced its own programs. As a result we had 40 TV series until 2009.  This year we had about five. This sudden change caused a bubble to explode and many people found themselves without work. The unemployment forced many people to go abroad. One of these people is myself who expects to find a better future in Canada.